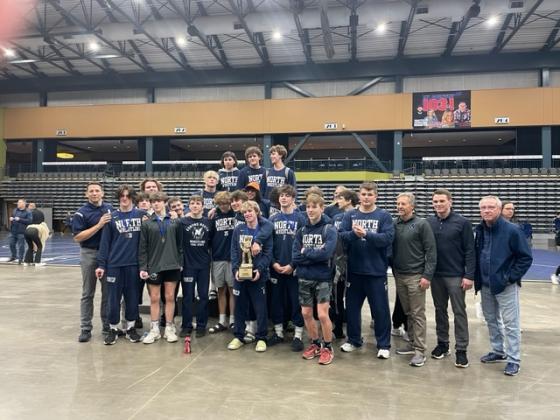 On Friday, the Huskies wrestled in pool competition to qualify for the gold and silver pools on Saturday.  North had 18 of their 20 wrestlers make it to the gold bracket on Saturday.

Cade Hill (Jr.-132 lbs.) and Hudson Hackbarth (So.-120 lbs.) competed in the silver bracket and each won all of their matches to claim first place. Out of the 18 wrestlers in the gold bracket, the Huskies placed eight individuals in the top four to earn medalist honors.

“I’m extremely proud of our team and the effort they showed during these two full days of wrestling,” Edmond North head coach Andy Schneider said. “The Mid-America Nationals Tournament attracts the region’s best wrestlers and being able to bring home the first place team trophy assures an exciting season for our team.”

The Huskies have had an impressive start to the season.  Last week Edmond North defeated Deer Creek 65-6 to a packed house Thursday night and the previous week hosted their season opener against the El Reno Indians with a 54-16 victory.